Everything listed for IVF (in vitro fertilisation) also initially applies to IVF with ICSI. The only difference is in the egg cell laboratory process. If the sperm count is reduced or sperm motility impaired, it is possible that fertilisation will not occur, even in the small space of the petri dish. In contrast to IVF, which applies 50,000 sperm with good motility to each egg cell, during ICSI, only one sperm cell is injected directly into each egg cell.

In the rare case that no sperm is found in the ejaculate, it is usually possible to collect sperm via a testicular biopsy before IVF/ICSI therapy. This procedure is known as testicular sperm extraction (TESE). The testicular biopsy material is then frozen. The samples must then be transferred to the practice before the extraction of the egg cells.

All other steps of the procedure are identical to those described in IVF. 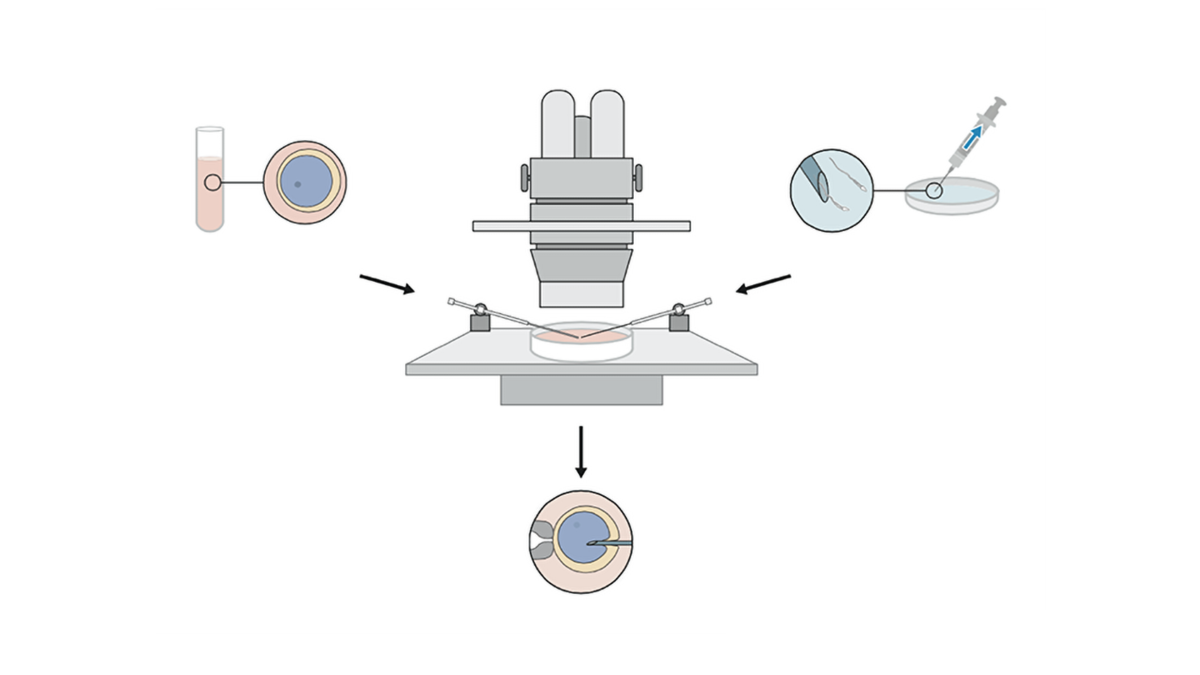